The St Andrew's College Model United Nations 2022, opened on Friday 1 April and continued over the weekend finishing on Sunday 3.  After three years, the conference took place in person and for the first time was held in the College due to Covid-19.  We hosted a total of 17 schools with 45 different delegations and almost 230 delegates.  We were delighted to receive one group of students from Switzerland with 18 delegates attending.

Mr William Hehir took to the podium welcoming all participants to the event. He talked about the many reasons for participating in MUN including learning about diplomacy practised in lobbying today.  Ms Marshall described the challenges faced by today's society including Covid-19, the war in Ukraine and humanitarian crises, inflation in fuel prices and the rise in cost of living.  Our Guest Speaker, Deputy Jennifer Carroll MacNeill addressed the hall speaking about her own experience as an MUN delegate. 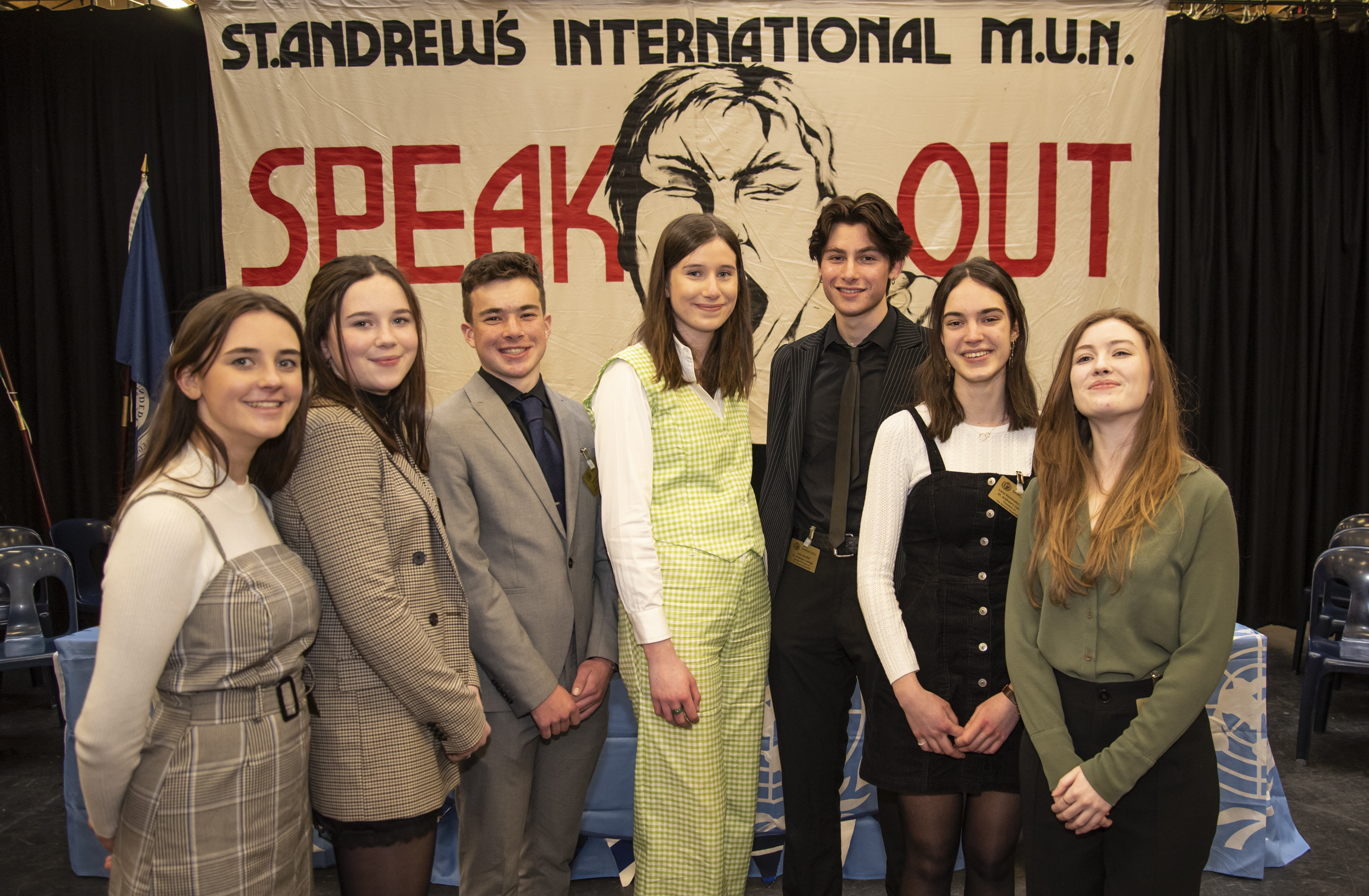 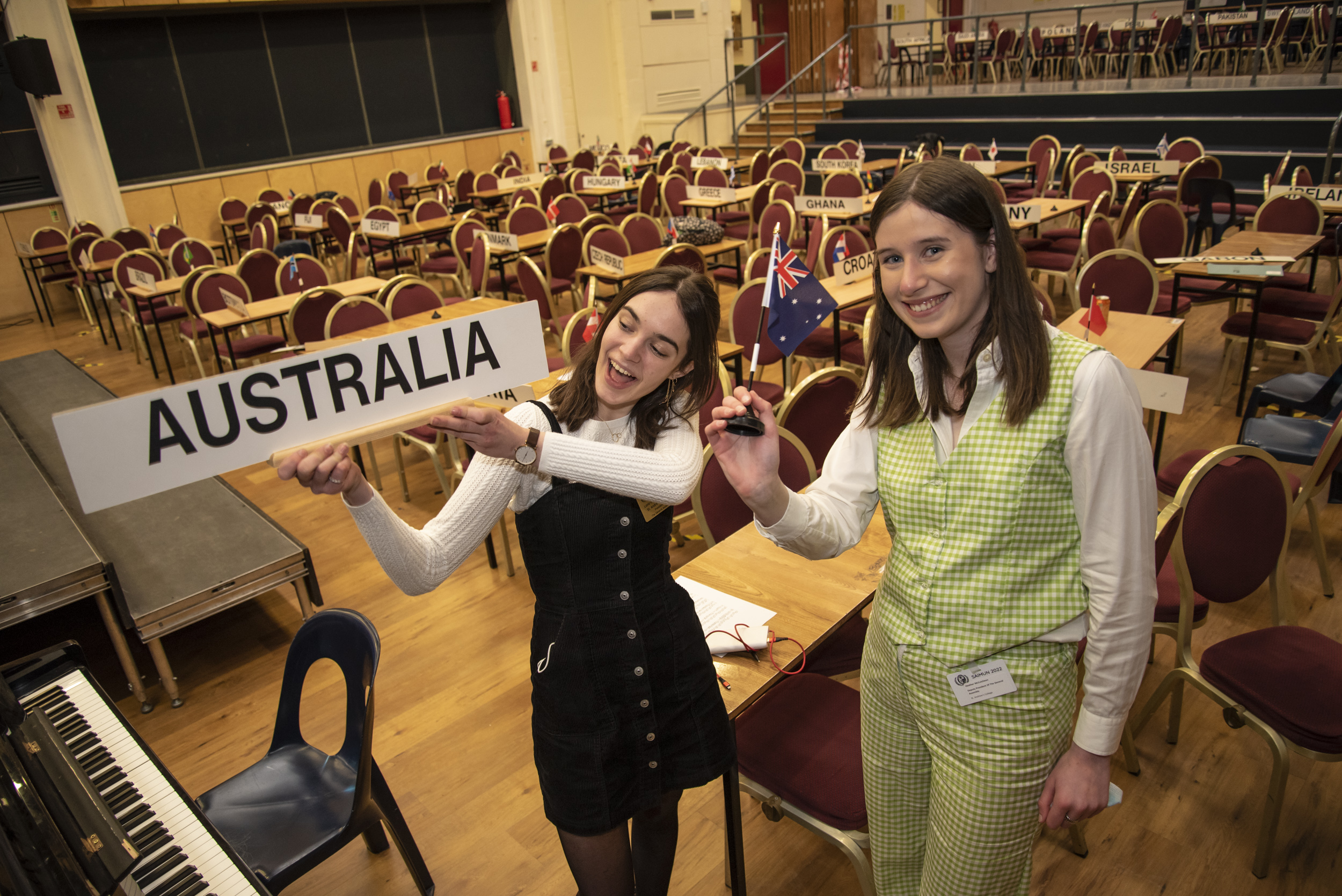