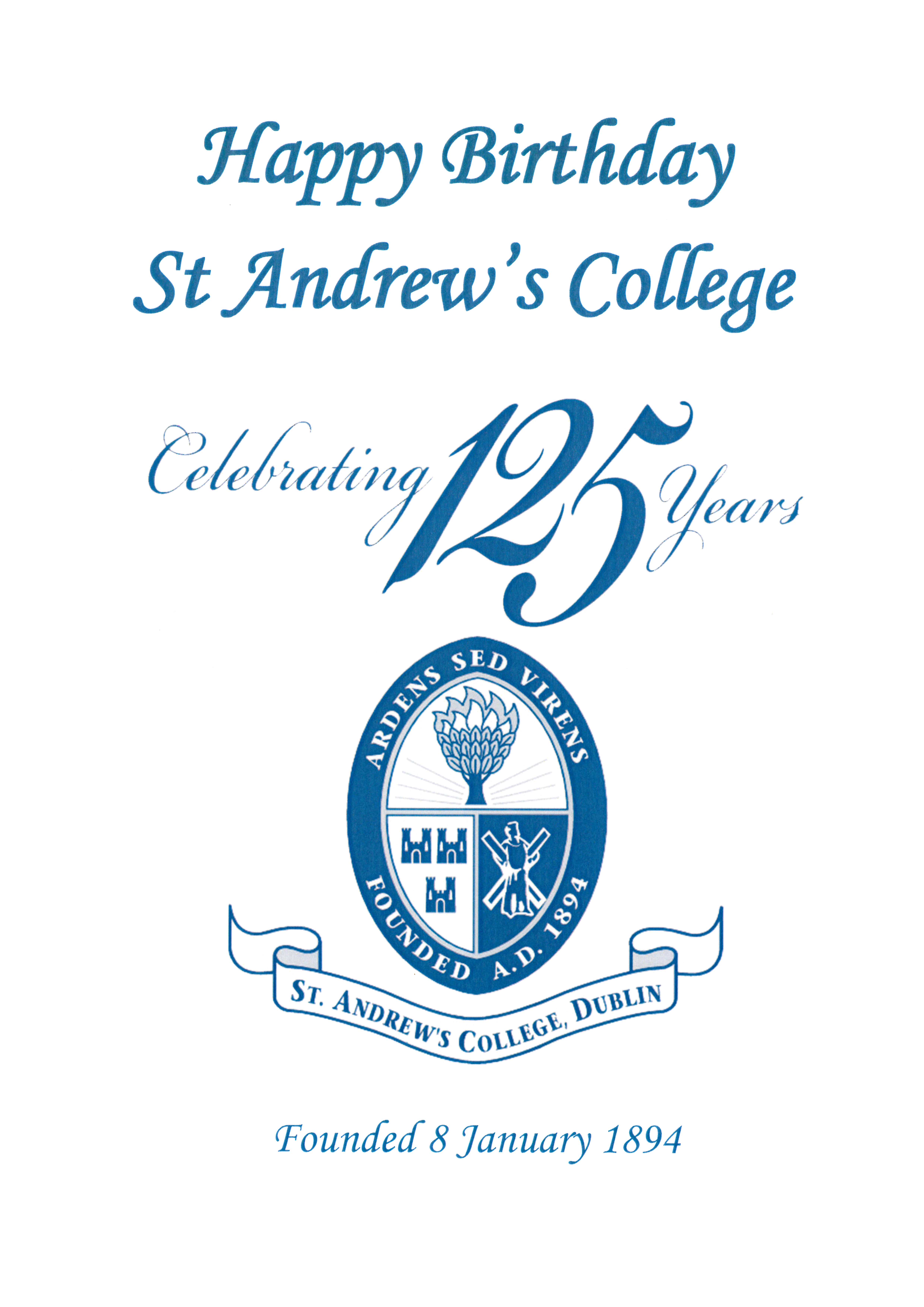 St Andrew’s College first opened its doors as a boys’ secondary school on Monday 8 January 1894 at 21 St Stephen’s Green in the centre of Victorian Dublin.  Sixty-four boys were in attendance on the first day, including ten boarders.

125 years later the College has not only survived but continues to flourish in line with the College motto Ardens sed Virens (burning but flourishing).