American History in the Junior School 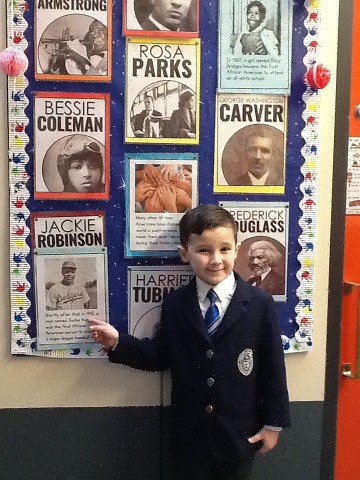 In February K1 and K2 have been celebrating the life of Ruby Bridges and are moving on to the amazing Jackie Robinson and Rosa Parks. P1 and P2  are learning about the Underground Railroad. To help understand the role of Harriet Tubman and the importance of the Underground Railroad the students will perform a "Readers Theater Script" so please get ready for Oscar nominations! 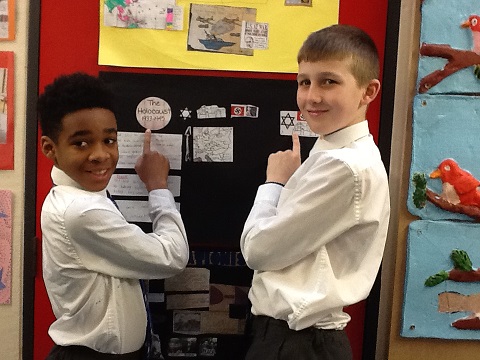 P3and P4 are working on African Americans of the Revolutionary War. We studied double agent James Armisted and the group loved learning how he fooled General Cornwallis resulting in the surrender at Yorktown.   P5 and P6 have been working on America's  involvement in World War 11.

They went on to compare Michelangelo's portrayal of Isaiah from the Sistine Chapel Ceiling to Rockwell's portrait of "Rosie the Riverter" for the cover of the "Saturday Evening Post," illustrating women's changing roles at this period in history.  We were proud to learn about black heroes of World War II and how these brave and remarkable people were treated on their return home. We will look at the long struggle of Civil rights ahead of the African American community.