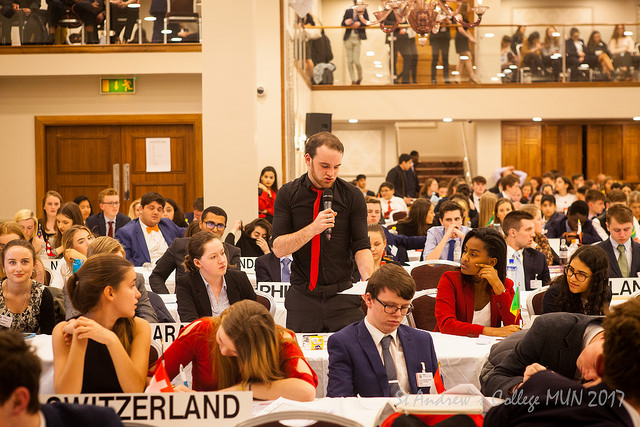 The 29th St Andrew's College MUN Conference took place in the Royal Marine Hotel in Dun Laoghaire during the Easter holidays from 10 to 13 April.  Between delegates, student officers and administration there were over 800 people in attendance from all corners of the globe:  South Africa, the United States, Lebanon, Peru, Israel, France and, for the first time, Malta.

Leading the 2017 Conference was President of the General Assembly Alex McGinn along with Secretaries General Hilary McKenna and Mark Cobuzzi.

For a gallery of photographs from the Conference please click here.