As part of the 1916 - 2016 Centenary Commemoration Programme, Transition Year Students Anna Hackett and Hugo Jacobs attended the State Flag Ceremony at Croke Park on 7 March and were presented with the flag to be raised at our own flag raising ceremony at St Andrew's during a Whole School Assembly on Tuesday 15 March. 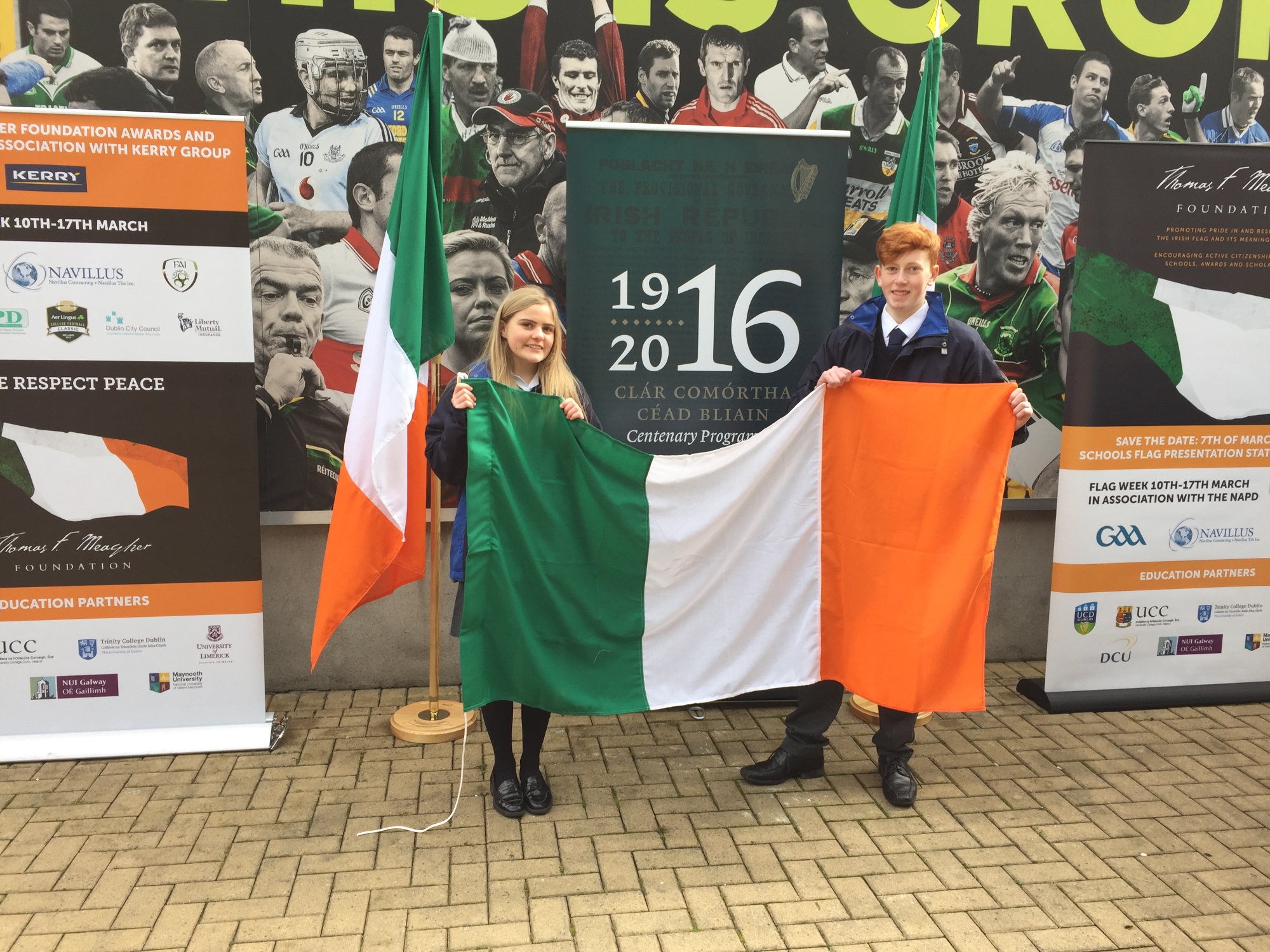