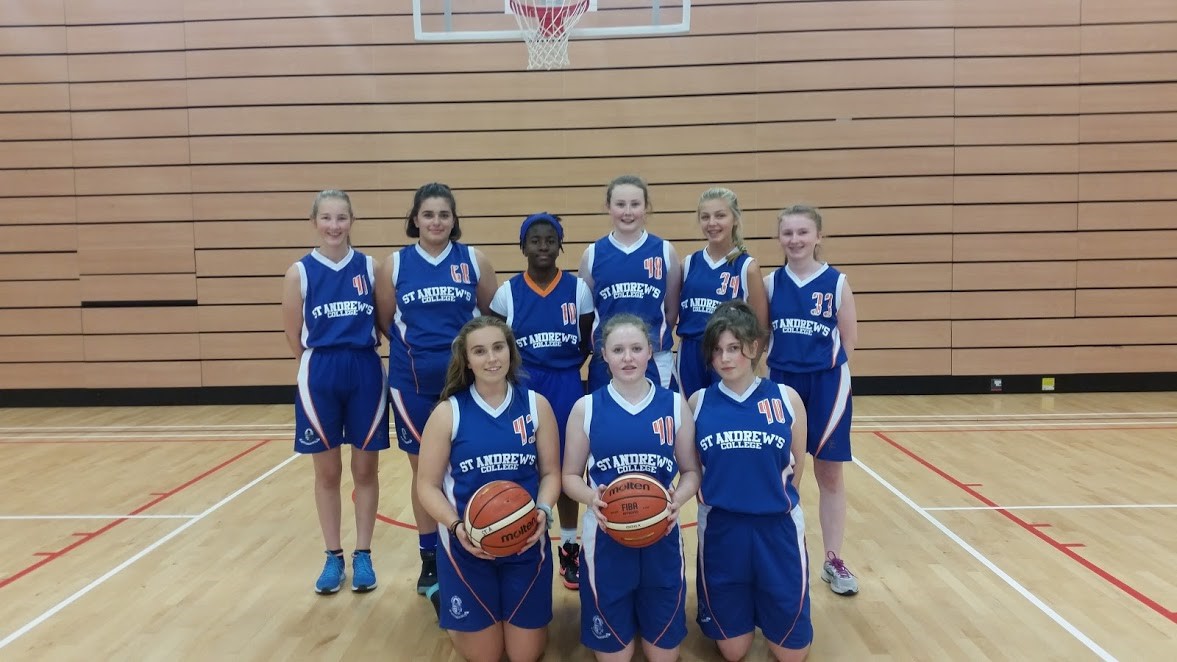 This year the St Andrew's Girls Under 16s basketball team had an outstanding season in their South Dublin League.  Moving up a league since last year, the team took on the new competition with with determination. Lead by co-captains Anna Wilson-Flynn and Megan Collins, this team showed that they deserved their place among their rivals.

I saw this everyday with their determination at practice. Their hustle at practice was tangible. Everyone returned from their summer with a determination to prove themselves worthy.  I witnessed so many players improve just over the last couple of months.  These players put in so much time and effort to reach this level.  These girls are practising up to four times a week and they are reaping the rewards.

That is not to say though that this was not a difficult season. The team suffered their fair share of losses as well as victories.  But every one of these losses has given the team so much to learn from and so much more to strive for.  Every game, win or lose, these girls come away as a better team.

I witnessed this in the game against Loreto Dalkey on the 14th of December. The girls faced one of the best teams in the league.  They were out-matched.  But they showed that this did not matter.  After a difficult first quarter, they rallied and were able to keep the game close to the very end. Although they lost, they learned how to adapt to the other team and change the way they play to win.

The best thing about this team is every game puts you on the edge of your seat. The team fights till the very end. The best example of this was the game out in Newbridge, Kildare just before the mid term on October 28th.  The game was an absolute nail-biter. The whole game they trailed by one or two points. Then, with only 2 minutes left to go, Clodagh O'Brien scored a three point shot to give Andrews the tie and Megan Collins scored in the last 20 seconds to seal the win.  I remember screaming my head off.   Even the bus driver sitting next to me was cheering them on.  He hadn't ever seen a basketball game before. But he saw these girls and their determination and that’s why he rooted for them.

The best thing about these girls is not their shots or their defence or their free throws – it's their heart. These girls come from different backgrounds and different groups of friends and different places. But they all play for the one team.  And that’s what makes it so special. They are always there to cheer each other on. They truly care about one another.  Win or lose, the team is always there for eachother, whether it's cheering for them after a win or cheering them up after a loss. These girls are not just friends – they're team mates.